I made my man a tie!

You proud? Selfless sewing, not even for a birthday. Feel like I deserve extra props for that one. This came about when I bought myself the last of the roll of a red, blue and white check to make a skirt (now completed... love it!... I owe you a blog post on that one). I had seen the 'gentleman's tie' pattern on coletterie, and mentioned in passing to Mr T that I might make him a tie (if he was lucky... and I ever remembered etc etc) This must have stayed with him though because when he saw my skirt fabric he said... that would make a nice tiiiee (the lots of vowels indicate excitement and intrigue). Now I know for a fact it would be another lifetime until I found some more fabric he would want a tie from. He denies it constantly but he's pretty fussy when it comes to his clothes. So (completely selflessly) I decided to sacrifice some fabric in the name of a tie. 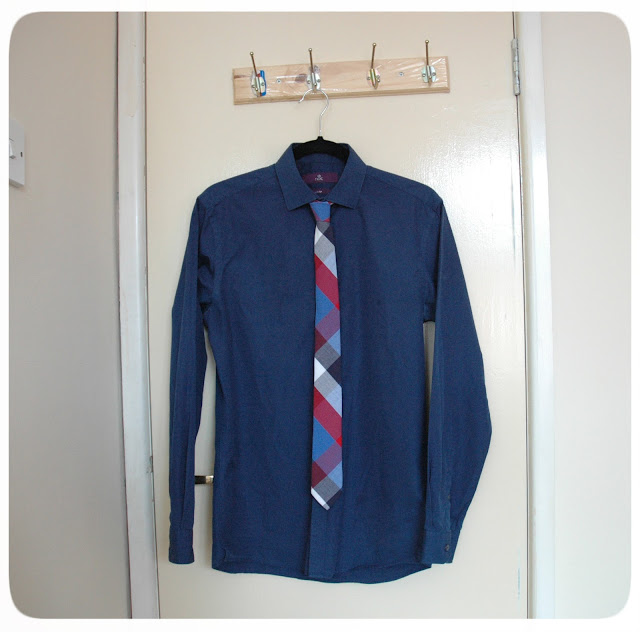 Mr man likes his ties pretty thin so I traced one of his favourite ties onto the main lining (the long thin pattern piece). There wasn't a lot of difference in size so I just folded over the excess inside the tie to give it some bulk. I cut it on the bias as well to show all the colours and the check to its best. 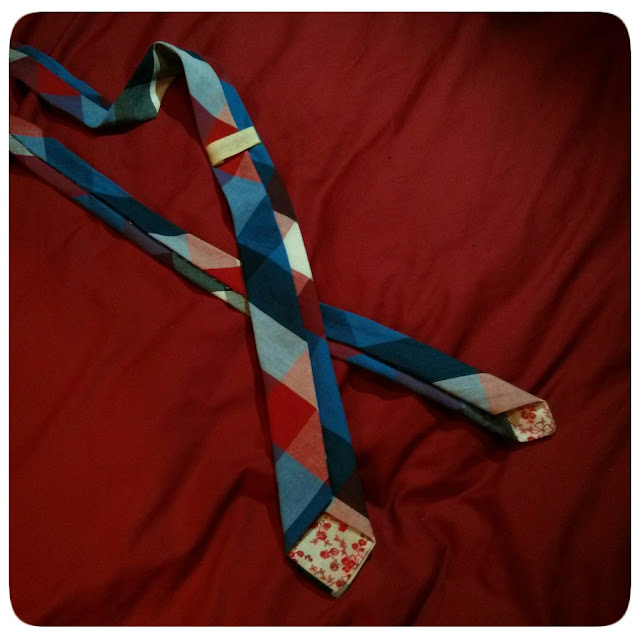 I added in some floral underneath too, I did make it myself after all, had to sneak some floral in there somewhere. Confession: I first cut out this lining in a very manly black and white, but I cut it wrong side up (three times... doh!) So I resorted to the florals. All I can say is that fate (read subconscious) intervened.

Have you basked in the glory of some selfless sewing recently?
Posted by Unknown at 08:00

Contestant on Series Three of the Great British Sewing Bee
Contact me by email:
dfabricater@gmail.com