Sewing at speed, Me and the Great British Sewing Bee

Soo... have any of you seen the teaser trailer for the new series of the Great British Sewing Bee? Anyone beady eyed enough to spot a familiar face? 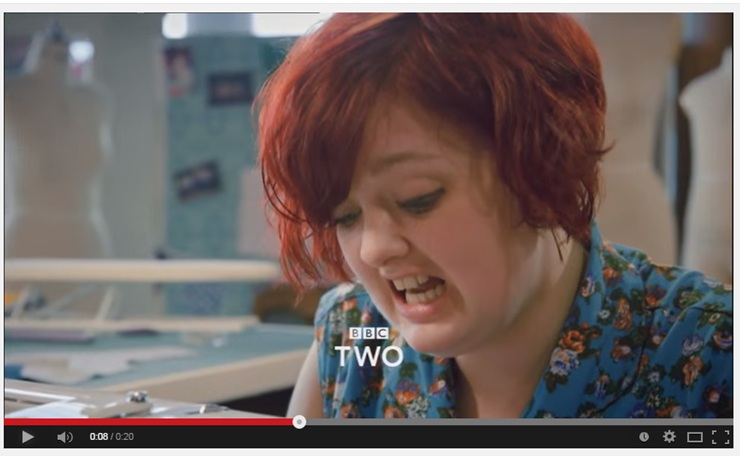 Look, it's me! Making a strange grunting noise and attempting to sew at a million miles per hour. I was so high on adrenaline throughout the entirety that I fully expect any time I'm on screen to be basically a series of incoherent grunts and giggles, TV gold!

Eep! This has been a long time in the making, I originally filmed the Great British Sewing Bee right after the last show aired in 2014. So it must have been April? I've been sitting on my hands waiting to tell you all for so long, trying to keep friends and family from telling the world whilst simultaneously wanting to jump up and down and have a dance about it.

The recruiting was a completely whirlwind affair with trips up and down to London. But I have to say it has been one of the most rewarding things I have ever done. I have made best friends for life. We talk basically every day, about work, sewing, knitting, family, and of course our nerves about the show airing. 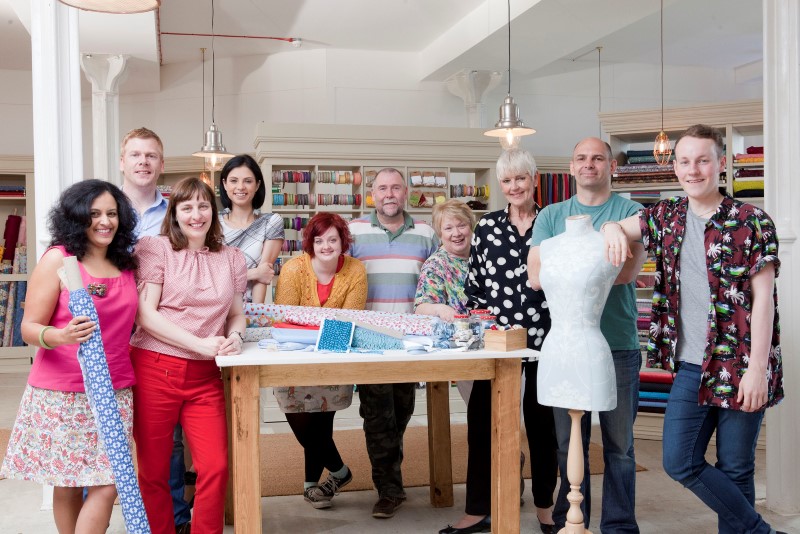 I can't wait to sit down with a cup of tea and watch my friends sew and chat, and panic. It's going to be a blast! I hope you'll join me in a blow by blow on twitter, at #GBSB, I'm @DFabricate,

I'll try and post some periodical blogs about what's happened in that weeks episode, but I will also be spending a lot of time jumping up and down whilst trying to work my full time job. Please bear with me.

For any of you who don't yet know, there will be  a catch up episode for the Class of 2014 on Wednesday, 8pm, BBC2. I for one can't wait to see what everyone in the last series has been up to.

Series 3 will begin on Thursday 5th February, 8pm BBC2. See you then!! *Aaaaarrrrggghhhh*
Posted by Unknown at 12:51

Contestant on Series Three of the Great British Sewing Bee
Contact me by email:
dfabricater@gmail.com